Perhaps you’ve already noticed that cryptocurrencies are tricky. While you are diving into this world, you will receive tons of information and new complex concepts that will make you feel that you need a Ph.D. in cryptography to understand what this is all about...

But don’t worry, we have all been down that road, and we’re here to catch you up in a simple way. This article will help you understand why this technology is so fascinating, how it is different from the traditional financial system, and how you could benefit from it.

So what is cryptocurrency?

Probably the first thing that comes to your mind is that cryptocurrencies are digital money. And they are. But why is there so much interest around them if your local currency is also digital?

What makes cryptocurrencies so unique is their decentralized architecture. Many cryptocurrencies use a technology called blockchain, to be more specific - a public blockchain. Note that private blockchain networks exist that some groups use for different purposes.

Blockchain technology was conceived of well before the bitcoin network became public in 2008, but it is still a relatively new idea for many people.

In a few words, a public blockchain is a global decentralized “database,” or ledger, that keeps a record of every transaction that has taken place on that network. This data is added via a consensus contributed to by different nodes in the network and not by a central authority.

Bitcoin was the first network to implement this technology, and after its development, there have been many improvements and innovations around it.

Thanks to the design of blockchain technology, the following key qualities come to light:

We will detail each trait in the following section. But before we move forward, keep in mind that cryptocurrencies were the first application of blockchain, just as the email was to the internet in 1971. However, blockchain will likely revolutionize every interaction of our life over the coming years.

What can cryptocurrencies do that the traditional financial system cannot?

One key difference between sovereign currency (government-issued money, also known as FIAT) and cryptocurrencies is that fiat functions within an account-based system. In contrast, cryptocurrencies function in a peer-to-peer network wherein no single intermediary must custody accounts to process transactions. With typical sovereign currency, you rely on a bank to custody, pay interest, and move your money.

Because a permissionless, public blockchain network does not need a central authority to act as an intermediary, users have individual choice and control over financial and personal data.

Moreover, today’s technology used in the traditional financial system has some weaknesses that cryptocurrencies mitigate. The following chart further illustrates a comparison:

How to use cryptocurrencies?

Being part of the crypto economy doesn’t mean you have to buy large amounts of cryptocurrency and keep it frozen for ten years as an investment or that you have to replace all your money with Bitcoin.

But today, even if cryptocurrencies are still in their infancy and if your objective isn’t to invest in them, they can be a very convenient form of money that you can use for certain things in your life.

For example, a freelancer with international contractors may take home more pay if the fees are cheaper. You can receive your payment faster and pay less commission with a blockchain network than through some financial institutions.

Just yesterday, a $1.15 billion transaction was recorded on the Bitcoin blockchain and the transaction fee was only $3.54.

You may live in a country where the government’s decisions affect your local currency’s value or with international currency controls and high inflation.

Some cryptocurrencies indeed tend to fluctuate a lot, but there are some digital assets pegged to the price of a “more stable” currency such as the USD, and some others pegged to safe-haven assets like Gold.

These alternative digital assets mitigate the volatility of cryptocurrencies and, therefore, can be a good option for people looking to preserve value.

It was complicated to buy things with crypto in the past years because not many merchants were familiar with this technology’s advantages.

Today you can purchase many things, a coffee, a flight ticket, or even startup equity. 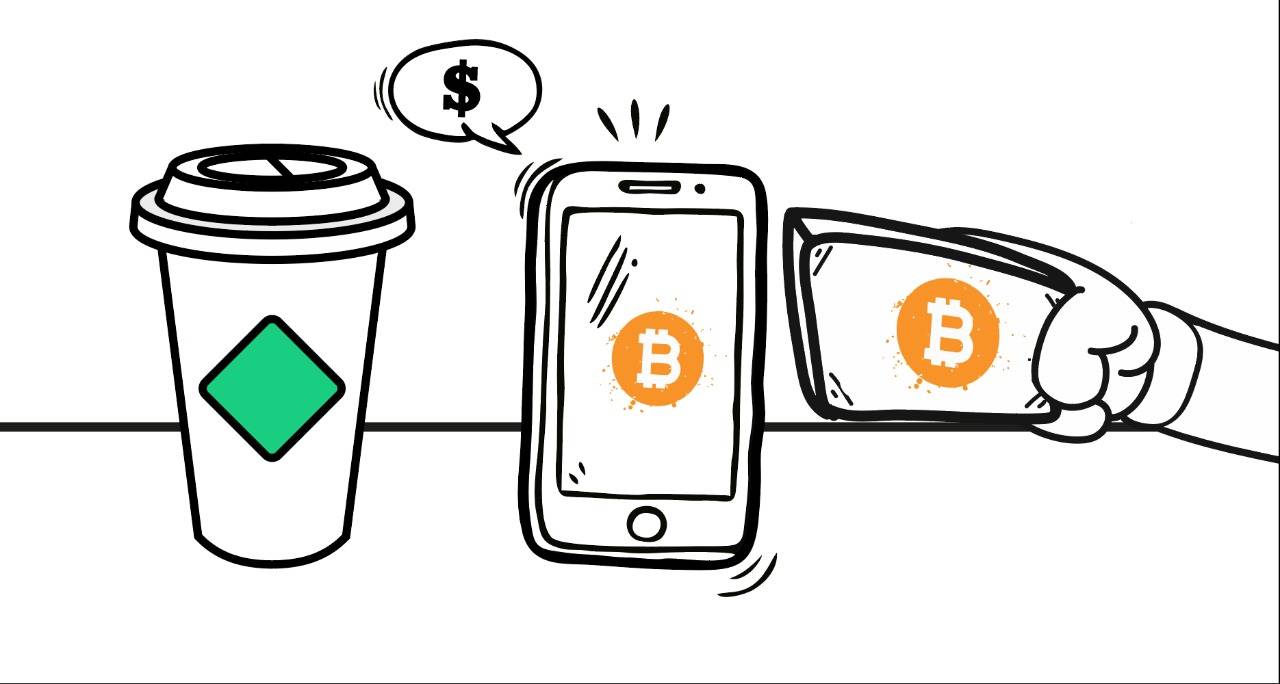 Moreover, today there exist some other ways to earn financial benefits using cryptocurrencies. We’ve seen a wider range of projects in the decentralized finance space in the past years, but this is a broad topic that we will review in a different post.

Finally, keep in mind that cryptocurrencies as Bitcoin are no longer just a tech trend. They give users individual choice and control over financial and personal data, and these qualities make them a significant financial asset.

Own, send and receive Bitcoin with Tangem cards